The company’s vision is to shape a new generation of uniquely African content by creating engaging comics and games – such as The True Ananse and Africa’s Legends – that pay homage to the continent’s greatest legends. Their portfolio borrows from fables told by the Zulu, Massai, Ashanti, and more to craft new tales appealing to a modern audience.

This article is part of the Outsourcing Destination Guide Ghana, which is available for free download here.

Leti Arts made educational games and apps geared towards effecting behavior change as part of educational purposes and advocacy campaigns e.g. showing good measures to prevent malaria, cholera, ebola, and the likes. In such campaigns, analytics is key. Tracking user decisions and measuring if all measures and policies are working perfectly as planned. This data is a great tool for organizations to make key decisions especially on how effective initiatives are thus Leti Arts has embarked on gamification partnerships with companies, educational institutions, and NGOs in Ghana, Kenya, and globally including Jhpiego, UNDP, MTN, and many more building serious games that address Malaria, HIV, Civic Engagement and the likes.

Bringing the game app development concept into real life is quite a challenging task. Leti Arts generally observes 3 major stages Pre-production, Production, and Post-production which go from planning, designing, testing, deploying, and marketing of the game app on the targeted app store.

Concept Development: The game idea is the first step of the development process where we draw out the essential points of the game. This idea could be inspired by Leti Arts or a client on consulting projects. In this case, the client provides details on the targeted audience, storyline, background material for character and game development, scenery design and artwork, the targeted behavior change, desired Game Tasks & Activities, and other technical requirements. Once Leti Arts receive that information, our developers proceed by developing draft concepts Arts, character backgrounds, and draft Artwork. The client would have to review and approve the game mechanics, settings, technology, and interactions before we move into effective production.

Game Development: Once we have a game design document approved by the client, a team of game designers, programmers, and testing professionals assemble to develop the game concept. We essentially review and refine the core gameplay UI/UX, the characters, scene artwork, and graphics based on approved requirements.

Testing: Within the development process, several ideas arise with the technical variations. So we adopt highly flexible architectural solutions based on the modular approach. After getting assured about the mechanics after the tests, we create a playable prototype for Alpha testing on the targeted platform (usually Android).

This prototype includes the important mechanics as well as resembles the significant parts of the game. Though creating a prototype would consume considerable time, we find it essential as it would determine the mistakes of the game design. If the game controls are non-intuitive and certain tasks are hard to solve, then the players would behave differently. From our experience, most of the game issues can be solved easily at this prototyping stage.

Deployment: Before releasing the game, the unfinished game is exposed to a certain range of potential players. By collecting feedback from the players, the efficiency of the game can be measured. Once the game has been internally tested by a team of qualified testers, we deploy the updated version on all agreed channels for public beta testing. We fix critical bug reported and provide marketing consultancy.

LOCAL IT DEVELOPMENT AND DESIGNER TALENT

Founded in 2009 by the Ghanaian Eyram Tawia and the Kenyan Wesley Kirinya, Leti Arts was one of the first gaming studios from Sub-Saharan Africa. Not only did they start a game company in Africa but a whole new industry. Thus, having to face all the challenges of Culture, Human Resources, Infrastructure, and Funding.

Then, the videogame culture in Africa was embryonic as many still had negative perceptions of the game as an anti-social and educational practice that promotes violence, laziness and reserved only for kids or ‘immature’ adults. Due to this mindset, game development is not seen as a career path let alone make a living out of.

This perception is gradually changing as Leti Arts’ efforts over the past years are changing the narrative. The founders are self-taught game developers since there are no formal training schools on game development in Ghana and the sub-region thus the autodidacts’ founders had to learn themselves through online video, trial, and practices.

In most West African universities, the curriculum is essentially focused on computer and ICT studies, with little or no emphasis on game studies; hence the economic and cultural power of the video game industry remains untapped. To inspire more African youth, investors, and decision-makers to invest in the Video Game industry, Eyram Tawia published his biography as a book ‘Uncompromising Passion: The Humble Beginnings of an African Video Games Industry’ documenting his inspiring journey within the Ghanaian tech space and African game development space.

Since 2012, Leti Arts has also provided over 350 internships and created 10 full-time jobs across Ghana and Kenya and more opportunities on a contract basis – an indicator of the economic potential and future viability of the African gaming industry. These internships happen through formal partnerships with both local and global universities. Considering the insufficient professional game developers and designer talent, Leti Arts has been committed to:

The next move of the company is on entering the markets in Nigeria, Uganda, Rwanda, and South Africa to scale up its new products and services. 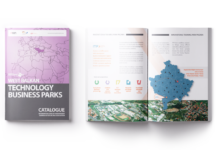 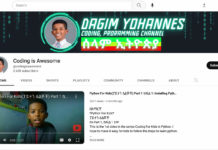 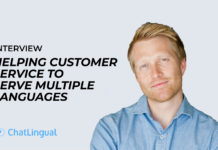 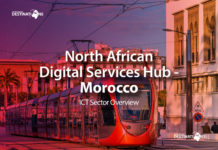 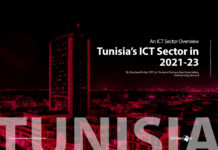 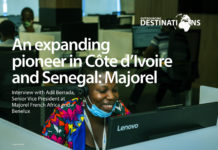 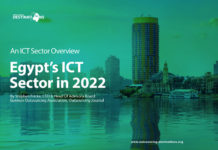 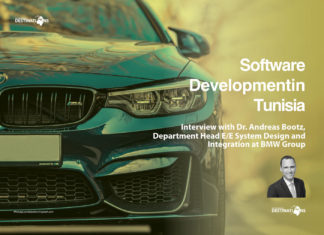